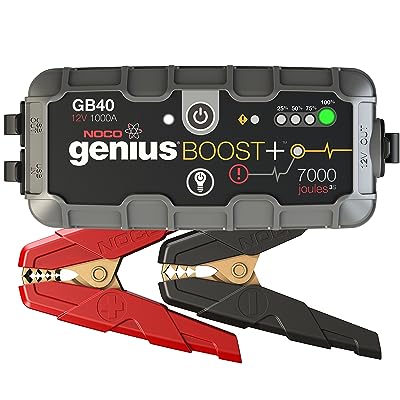 It’s not the most efficient way to do things, especially in the worst scenarios. However, you can put an end to this dilemma with the best lithium ion jump starter. This will eliminate the need for another vehicle. Thus, giving you a chance to load the battery independently.​

What is Jump Starting? Do I Need It?

Jump starting your car is one of the most important troubleshooting techniques that any car owner should know. It’s probably one of the most common problems that a car would encounter. You can pretty much say that this will happen to all car owners at least once in their lifetime.

Now that you’re aware of its importance, it’s important to understand how jump starting works and what the cause of the problem is. For starters, jump starting your car’s vehicle revolves around the battery’s performance.​

As we should all know, the battery is what gives your car electrical powe﻿r. It’s the primary source of electricity, which is why it should give out proper load every second. A faulty battery will display many symptoms, primarily on components of the car that use electricity.

Now, should your vehicle have a dead battery, then jump starting is the first and only remedy besides replacing it. Of course, batteries with damage or wear beyond repair should be immediately replaced instead of jump started. On the flipside, a dead or dying battery isn’t the only time to jump start your car.

As for my case, I first used a jump starter when I came home from a two-month business trip to Europe. I checked to see if my car was working, but the battery was not responding. Long idleness in your vehicle’s engine will cause the battery to “play dead.”​

This means that your battery isn’t exactly dying (although in some instances, it could be a sign). However, prolonged idleness in the engine can cause it to deactivate. Thus, it needs a spark from an external source.

This is where the jump starter comes into play. It’s one of the two most famous methods for starting up your deactivated or dying battery. A jump starter is a portable battery booster which transmits the load to your battery to wake it up or revive it temporarily.

Jump starters are convenient because of its size and its ease of use. Before jump starters came about, the traditional meet-a-stranger is the method. Here, you’ll have to meet a person with a car running on good battery. Then, you’ll have to connect the battery to yours through a jumper cable.

Although it sounds nice, it isn't exactly ideal in the direst of situations. That’s why it’s good that you have a sort of “power bank” for your car. Speaking of power banks, jump starters are not entirely grounded to car batteries.

These can be used for cellular phones and other electronic devices as well. Just check the manufacturer’s guide to avoid any problems. Overall, it’s a must-have device to own, especially if your battery isn’t new.

Just always remember, jump starting your dying battery is just a short-term solution. Replacing it with a brand new battery is always the ideal answer.​

Our Picks for the Best Lithium Ion Jump Starter

NOCO’s Genius Boost Plus GB40 Lithium Jump Starter boasts of its compact design yet powerful charge. Rated at 1000 amps, NOCO claims to be able to do at least 20 jump starts on a single charge. As for its safety features, it comes with spark-proof technology and reverses polarity protection.

It can also be used as a 100 lumen LED flashlight with seven light modes and an SOS/emergency strobe. Most importantly it is ideal for gas engines up to six liters and diesel engines up to three liters.​ 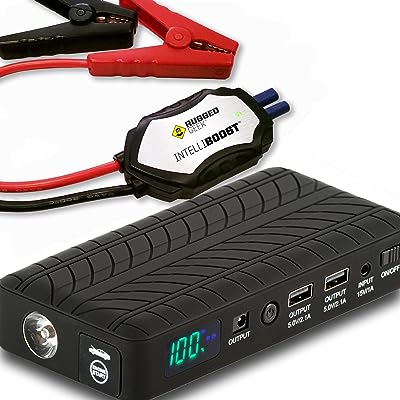 On the other hand, Rugged Geek’s Portable Lithium Booster Pack Jump Starter is a powerful jump starter with a maximum of 1000 peak amp. It can jump start almost any gas powered vehicles up to seven liters and diesel engines up to 3.5 liters. 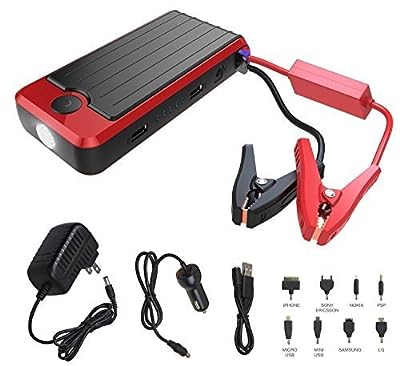 Most importantly, it comes with a lot of additional safety features such as protection against short circuit, over current, overvoltage, overload and overcharge.​ 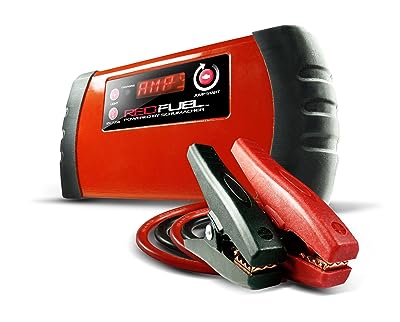 Lastly, is Schumacher SL1. Schumacher claims to be 90% lighter than jump starters utilizing lead acid. It features an easy to read scrolling digital display. It also comes with a two amp USB port and a step by step instruction guide to jump start.

In mAh, this lithium ion jump starter is 12,000 mAh. The whole package will include starter pack, adapter (USB to micro USB), clamp adapter, accessory and port adapters(12V), AC wall charger, manual and the case for accessories.​

Given the existing reviews, their jump start power and additional features, NOCO’s Genius Boost Plus GB40 1000 Amp 12V UltraSafe Lithium Jump Starter might be a good option to start with. Especially, if you’re buying your jump starter for the first time.

It is very versatile as you can use it as a charger pack for gadgets and other devices, as well as a flashlight. It also doesn’t safety features which are what makes it a good option. Remember, when buying a jump starter, not only does it have to be powerful enough, it also has to be safe enough for you to use, especially if you’re a first timer.

Do not ever sacrifice the quality for the price.​

VIP Auto Lease of NY Breaks All Leasing Price Barriers
Big and Roomy: 5 Most Brutal Pickups for a Real Man
How To Choose The Best Motor Oil For Your Car
Everything to Know About How to Wrap Your Vehicle
Best 8 Passenger SUVs
Should We Trust Self-Driving Vehicles?
Best Mechanics Creeper to Buy 2018